Washington, DC has what many criminal defense lawyers believe to be the toughest gun control laws in the nation. Until the Supreme Court case of District of Columbia v. Heller, you were not even allowed to have a loaded gun in your home for protection. The DC law required the gun to be stored unloaded in a locked case, and the ammunition locked in a separate case.

After the Heller case, the law was changed by the DC City Council to allow residents to have a loaded handgun stored in your home. You must register the gun and the ammunition and are allowed to own the caliber of ammunition for the gun you own. If you are found with even one bullet designed for a gun you are not registered to own, you can be charged with a gun crime.

Here are some of the Washington, DC gun and weapons charges:

Carrying a Pistol Without a License (CPWL) – There is no lawful way to carry a gun in Washington, DC. Carry permits are not issued to anyone other than law enforcement officers or military. If you have a registered weapon, it must be transported with a trigger lock or other locking mechanism and be unloaded. Ammunition must be kept in a separate locked case and you can only carry it in this manner when you are going to a shooting range or other lawful recreational activity. If you are arrested for carrying a gun without a license, it may result in a fine of $10,000 and imprisonment of up to 5 years.

Unlawful Possession of Ammunition (UA) – Possession of unlawful ammunition is a crime and can result in a fine of $1,000 and a year in prison. You can only purchase or possess ammunition designed for a firearm which is properly registered. It is illegal to own what is considered a “large capacity ammunition feeding device,” which means a magazine, belt, drum, feed strip, or similar device that has a capacity of, or that can be readily restored or converted to accept, more than 10 rounds of ammunition.

Alteration of Identification Numbers – In Washington, DC, it is illegal to possess a gun with a filed off, scratched off, or otherwise removed serial number. A conviction for this type of gun charge can result in a maximum fine of $1000 and/or up to a year imprisonment. 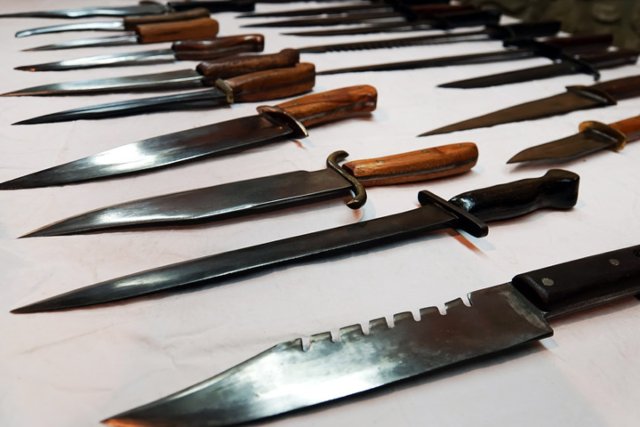 CALL NOW
EMAIL NOW
NEED AN ATTORNEY?
We Fight for Your Rights!
SCHEDULE AN APPOINTMENT